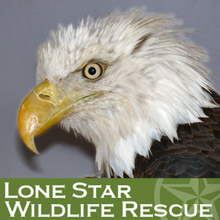 Lone Star Wildlife Rescue is a group of state and federally permitted rehabilitators who are dedicated to the care of injured and orphaned native Texas wildlife for the purpose of release back into the wild. They have several wildlife rehabilitation facilities and are able to serve the cities of Magnolia and Tomball, as well as the counties of Austin, Brazos, Waller, Colorado, Fayette, and Washington.

Rebecca McKeever, director of Lone Star Wildlife Rescue, tells us about her organization's experience constructing three ClearSpan Pony Wall buildings for use as a flight cage:

After several changes of design, materials, and placement, the eagle life flight cage was completed on 7/7/08.

We would like to thank everyone involved, especially our donors and Connie and Clayton Cook for their work on this fundraiser. We were able to raise $19,700 and to mostly stay within that budget. The flight cage is now known as the Oncale Eagle Flight with special thanks to Brent and Kelley Oncale for their extremely generous donation.

Prices for wood have gone up considerably, and we had to stay within our budget. We opted to buy three "pony wall" buildings from TekSupply. These buildings have many uses, but never have they been put up as a flight cage! There is a first time for everything.

Our first decision was placement. At first we had it out in the open but then decided to push back into the brush to give the flight a more secluded feel. Special thanks to Travis Mertz for donating his services for clearing and leveling. 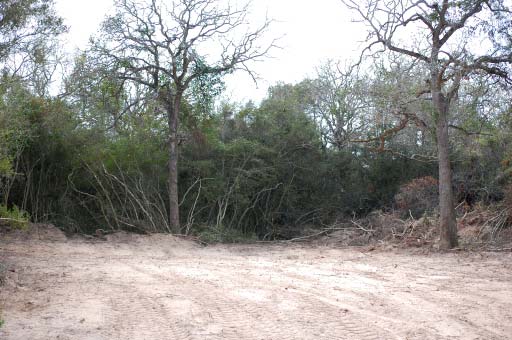 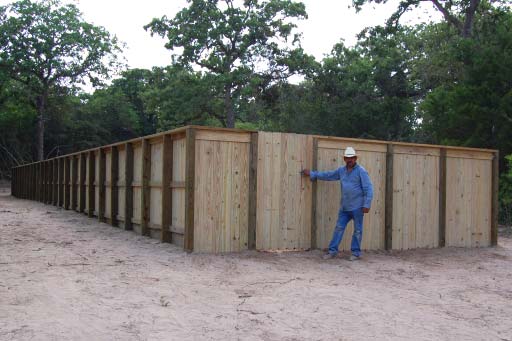 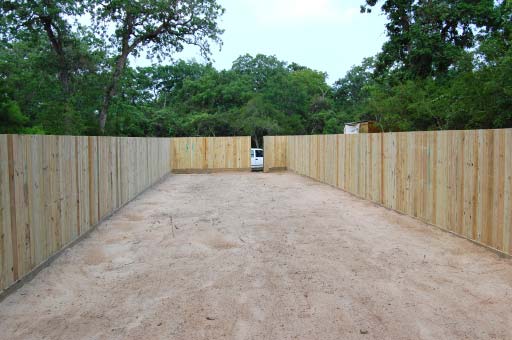 The next step was placing the metal hoops into the brackets on top of the pony walls. These were then stood up and tied into place with struts. One thing we didn't count on was how hot the hoops were to the touch. This was extremely tiring work and took us a weekend longer than anticipated. But our contractor Valdemar kept his crew working. 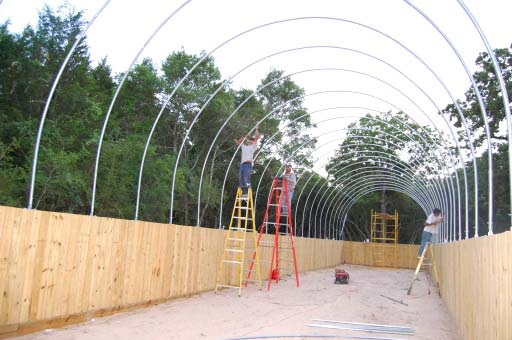 Our contractor Valdemar and his crew persevere through the difficulties

Then we needed to place the covers. That was a prodigious feat. We had purchased three different buildings with 8' of open space in between to allow for weathering and light to come in. The cage is 18' high at one end and slopes to 20' high at the other. The cover had to be carefully dragged over the hoops and stretched into place. 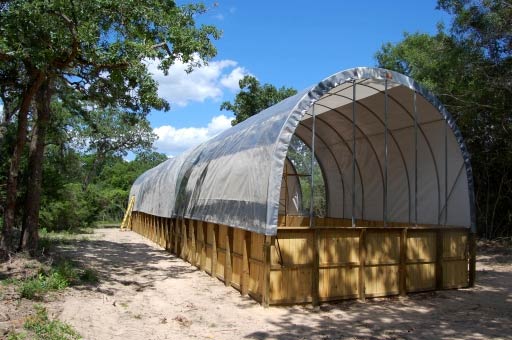 The cover was dragged over the hoops and stretched into place 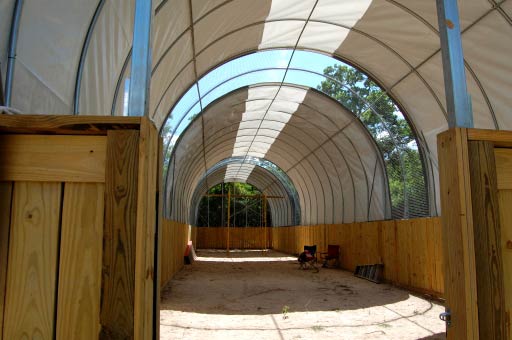 The open areas are covered with 1" x 1" galvanized wire. This will allow the birds to "weather" if they want to — meaning, they can sun or get wet. At first I was afraid that the covers would make the flight too hot. But after baking out in the sun, the shade afforded by the covers made it much cooler inside the flight than out.

The next phase was to cover the ends with wood slats and make the double-door entrance. The wood slats are too wide for the birds to grab onto as they fly from end to end. This will help to keep their feathers in excellent condition. The slats will also allow for the breeze to flow through. Double-door entries are a must for any cage because they minimize the possibility of escape. 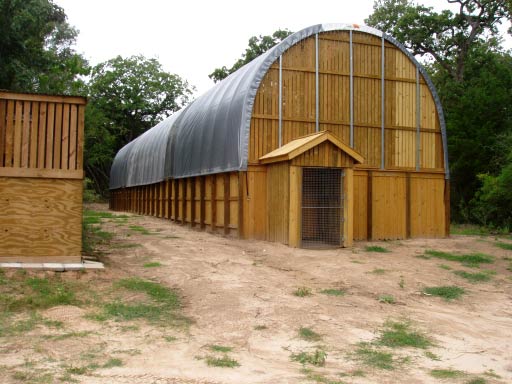 The final stage was the furniture — perches! We set up perches that are 14' high at either end of the flight. In between, we placed natural logs of different sizes to give the birds choice in perching material. We will be adding more perches as we need to. 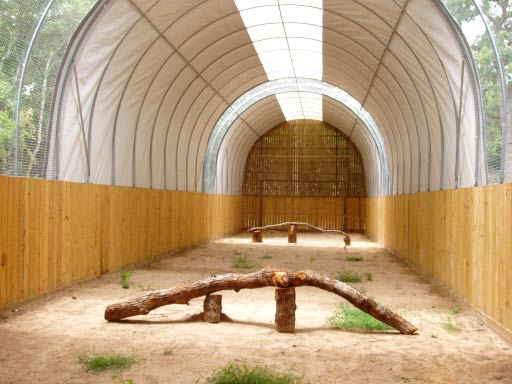 Perches, both short (middle) and high (far end), inside the completed cage

Again, special thanks to all our donors and supporters. Without your help we could never have built this large flight cage — currently the largest one in Texas!